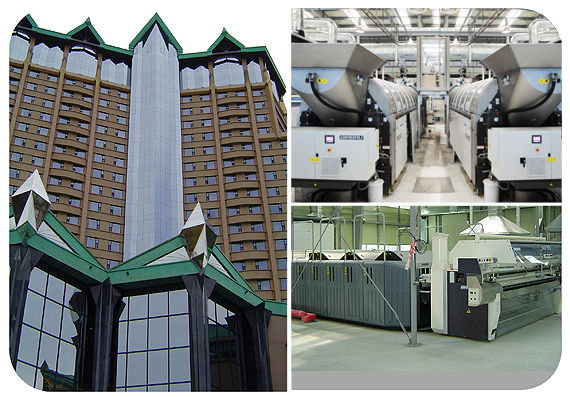 Pyenongchang City, South Korea, which will host the Winter Olympics Games in 2018, will host the thousands of athletes from around the world participating in these Olympics.
Athletes will be housed at the Kangwon Land Resort, a hotel and tourist complex equipped with two Girbau Batch washing system and Flatwork lines.
It is not the first time Girbau has washed the laundry of Olympic sportsmen and women. In the 1992 Barcelona Olympics, Girbau installed various laundries in the Olympic Village that housed the athletes.